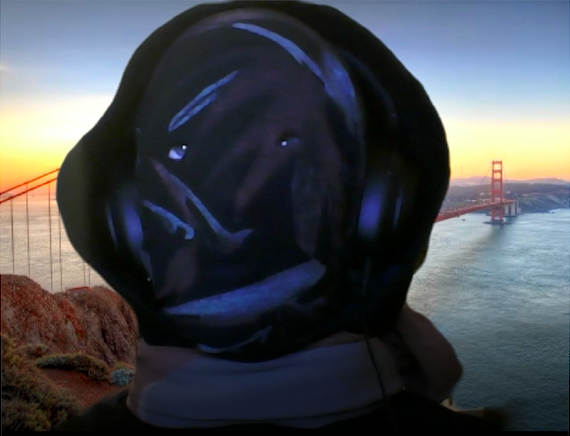 In this video, edited by Ioana Tomici, two friends smoke weed, drink whiskey and read a prepared script, while also conversing freely and merging fact with fiction, agreement with disagreement and news with fake news. The authors engage in a vloggy style, on and off, flirting with ideas that are not necessarily their own. This results in some cognitive confusion, mock(echo)ing the world of YouTube vloggers and the spread of misinformation.

The screening will be followed by a Q&A between Sonia de Jager and Alexandra Mason in which the audience will be given the opportunity to ask questions and participate in the conversation.

Join us on Thursday 14 January from 19:00 via this link.
Link to Zoom conversation after screening.

Sonia de Jager is an incoherent being.

Ioana Tomici is a researcher and visual artist, working and thinking through post-humanist themes and inquiries. Her work often results in the building of fictional narratives through mediums such as video and text. Tomici's contribution has been the generation of a conversation that never took place.

Alexandra Mason completed her Master’s degree at CUNY’s School for Labor and Urban Studies and her undergraduate degree at The New School. She has given talks in Europe and the US, including Sonia de Jager's Regenerative Feedback festival at WORM in Rotterdam and NYC’s Issue Project Room, Seattle’s Red May 2017, and helped lead 2018’s Class of Interpretation in Prague. Her work spans various topics including cultural criticism, social movements within America, and, more recently, the nature of the libidinal economy in regards to personal and collective forms of desire. Alexandra has worked on various projects with Anon, an altwoke collective.

PART OF THE EXHIBITION ECOSYSTEM