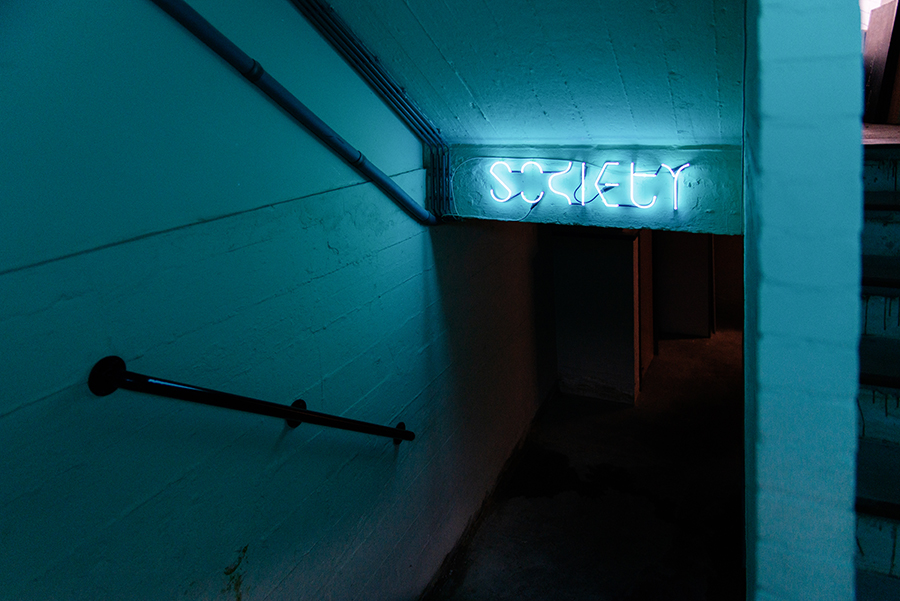 As fall manifests itself, water and fungi are seeping from the soil, through the crevices of A Tale of a Tub’s concrete basement, into our subterranean exhibition spaces. Perhaps contrary to expectations we are pleased to welcome different microorganisms, bacteria, fungi, and the mycelium—the underground filaments of fungi—as our autumnal/winter subjects of study and examination. The exhibition Mycelium as Lingua Franca engages a group of artists sharing an interest in fungi, and by extension, in the words of anthropologist Anna Tsing, the ways in which mushrooms enable us humans to think about the possibilities of life in capitalist ruins.

As mushrooms have proved to be a resilient form of life in the current man-made climate regime, capable of growing in polluted industrial environments deemed uninhabitable, the exhibition leaps from the human communities of the ‘world wide web’ to the ‘wood wide web’: a complex and vast planetary communication network, consisting of collaborations and exchanges between trees and fungi. These underground hyphal networks, named mycorrhizae—referring to the role of the fungus in the plant’s rhizosphere (its root system)—oftentimes establish mutualistic and symbiotic associations between a fungus and a plant. The plant produces organic molecules such as sugars by photosynthesis and supplies them to the fungus, in turn the fungus supplies the plant with water and mineral nutrients extracted from the soil.

Let us think of the forest and the mycelium as a field of mind, analogues to the human brain, with similarities in structure, chemistry, and synapses, and with equal dependence on basic building blocks such as carbon, nitrogen and water. What do fungi and the mycelium teach us, and how do they question our human minds and our actions? Could we envision adopting the mycelium as a shared language - a lingua franca - aimed at symbiosis and selfless reciprocity between different modes of existence, away from tired concepts in which progress is based on growth, accumulation, homogeneity through land colonisation for monocultural farming, and ‘fossil expressionism’? As soon as we start practicing the art of noticing we may hear the mycelium say: We are more than one, we are legio, we are in this together…

Mycelium as Lingua Franca is supported by the Municipality of Rotterdam, the Mondriaan Fund, the Swiss Arts Council Pro Helvetia, and the Abteilung Kultur Basel-Stadt.