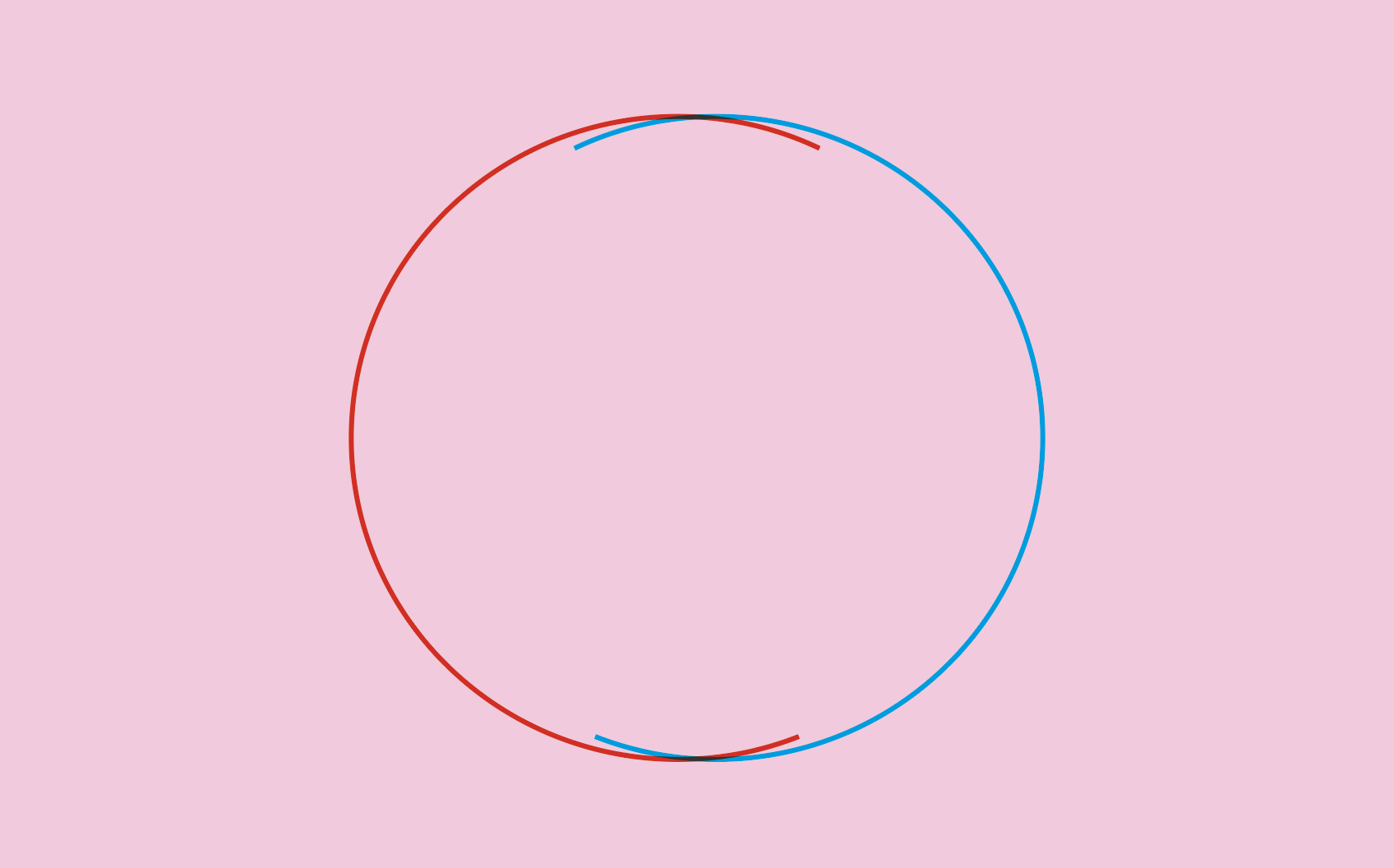 smoothing (lines into circles) is an exhibition that seeks to grind down stark corners, flat bluntness, vertical systems, and short-cut assumptions through gestural explorations. Curling around textual and corporeal abstractions, and meandering along poetic and geometric condensations, the exhibition follows the journey of straight lines as they transform into poetic ones. The artworks are looking after the materialities of the language, of the body, and of the form simultaneously to create new languages to view, new bodies to read, and new forms of being together. Embodying new, existing, or re-visited drawings, installations, and sculptures by Maria Barnas, Sepideh Behrouzian, Annabelle Binnerts, Sabrina Chou, Maike Hemmers, José Quintanar, Merey Şenocak, and Baha Görkem Yalım, smoothing (lines into circles), proposes a circle as an unbreakable line of elasticity, an antidote to stiff edges. Through the ambiguity of poetry, the exhibition aims to defeat the rigidity of the idea and to give poetry a form and a body. Instead of mono-entities with a monovalence, the artworks in the exhibition are composed of multi-pieces in collectivity; each dismembered element serves as an utterance, a letter, a page of a book, a member of a body, a disjointed architectural unit, this time coming together in a different constellation, in a new order, and in a foreign alphabet. By way of repeating the same form to have a new gesture, iterating the same gesture to create a new form; or by fracturing a single entity into pieces, or scattering pieces to mold a unity; the works form cycles, circulating in circles.

smoothing (lines into circles) takes its inspiration from the curious letter O and its graphic form, which is also the pronoun for the third person singular in the Turkish language, a gender-neutral language. This queer and posthuman O in Turkish (which can be translated as he, she and it at the same time) blurs the distinction between male/female, animate/inanimate, and human/inhuman and makes those binary assumptions redundant. By combining this linguistic characteristic with the formal connotations of a circle, a zero, and a hole, O suggests a generative point of departure to revise the practices of seeing, identifying and pronouncing the other, the third-person, non-interlocutor, the foreign, the non-conforming. Taking the linguistic ambiguity of the pronoun O synchronously with its formal quality, the exhibition puts forward ambivalences, holes, and gaps. Resisting depictional, representational, digestible images and running against legible bodies, fixed positions, easy judgments, and quick glances; smoothing (lines into circles) provides an alphabet of gestures-in-forms that can be translated into various conditions under which one has to fight against the politics of flatlands in search for multi-dimensions.

Question 1:
The body has no corners, why is a life full of squares?

Exercise 2:
Pervert the straight line. Stray him. Give him a good nice curve. Take his two hands extending to infinity and force them to hold each other. Make a circle out of a straight line.

Question 2:
if we all agree that language precedes us, we are born into a language that shapes and structures us, what does the materiality of language do to us? what does a letter do to us?

Axiom 3:
A form is always a body
a form = a body
a letter is also a form
a language = a body

Postulation 3:
To draw a perfect circle, you would need to measure an infinite number of points around the circle's circumference.

Exercise 3:
View a text and read a form. View a foreign language and read a stranger.
View until you speak the language, and read until the last page.

Axiom 4:
Bodies are poetries.
Not ideas.

Postulation 4:
You can circle the square.

Exercise 4:
Read an artwork, read a body.
Don’t fill in gaps. Don’t gloss them over. Don’t elide. Do not form an opinion.

Axiom 5:
The body is made out of circles.

Postulation 5:
When a part of a circle is infinitely magnified, it will end up looking flat. Flat can mean that it looks just like a line, but it’s not.

Maria Barnas, Things I Should Have Said, 2021-22, Photo: LNDWstudio

Maria Barnas, Things I Should Have Said, 2021-22, Photo: LNDWstudio