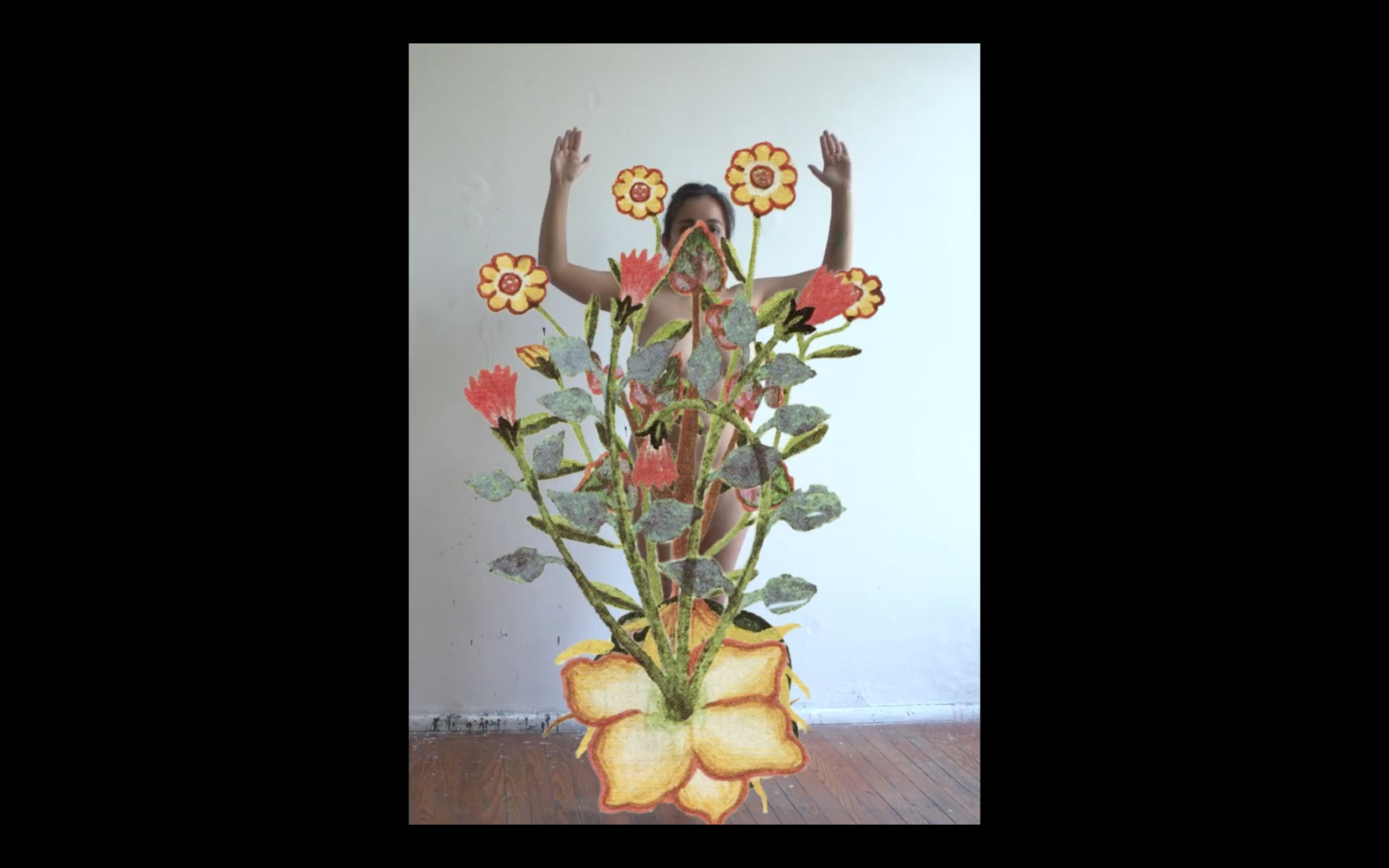 A Tale of A Tub is proud to announce the exhibition proposal The Brain Mixologist by curator Eva Posas as the outcome of our second Open Call for Exhibition Proposals. The exhibition is bound to open on Saturday 21 August 2021 and will be on view until Sunday 31 October.

Imagine you are a child that hears her mother speak a language in private. She speaks it in her daily life and with the rest of your family, but she never uses it with you, her child. This tongue becomes a secret code, forbidden, so it does not taint the other languages you need to speak perfectly in order to be accepted in society. This is the case of many descendants of Nations without State––also referred to as indigenous people. Their personal histories are completely attached to a language that was not allowed to be pronounced, thoughts that could not be grasped. However, languages trespass their linguistic forms to be potentially spoken through the rituals of the community, the corporeal encounter among them. That is how phantom languages become.

Being aware that indigenous knowledges are mediated by colonial language and its forms of power, some narratives are hidden beyond words and cannot be observed via letters or syntax. But those can be felt and performed. Bodies resonate, they are resonant to the specific sounds of nature. We learn our mother tongue not mentally but physically.

The Brain Mixologist is an exhibition that plays around the languages of the body that unfold metalinguistic narratives or knowledges of oppressed mother-tongues that still resonate through sensuality, ritualistic practices and haptic encounters. Phantoms that move back and forth, from body to body, as socio-political gestures of other worldviews.

With a title taken from a poem by Mexican artist Valentina Jager, this exhibition will show the work of artists that approach the languages of the body, their performatical side, the spontaneous, the expression of emotion into the world. Now, in pandemic times where incarnated communicative meaning and bodily gestures are neglected, what does it mean to communicate beyond the spoken, if––paraphrasing Paul B. Preciado––the body is the platform that makes possible the materialization of political imagination?

Lucie Draai touches upon interspecies –and interspectral relationships, weaving personal narratives that play with the appearance and disappearance of the body, the ghost within and without the space. Influenced by Butoh dance, Valentina Jager creates a script that proposes a notation for movements with visualizations that come from spiritual sessions. Erika Roux accompanies La Révolution est en marche, a collective body that organizes protests, meetings and assemblies traversing between social media and social encounters. Boram Soh reenacts the last gesture of a dead animal witnessed through the medium of the body and the embodiment of materials as a dialogue with life and death. Amy Suo Wu communicates with the realms beyond mortal life using embodied publishing as a self-fulling prophecy instrument that works closely to her mother’s value system and aesthetic sensibilities in the search of intergenerational mending. And María Sosa, proposes herself to recover cosmogonic conceptions of the body from objects dated before the hispanic invasion in order to rescue the place of the body and the collective person within the world.

Eva Posas (Mexico) is a curator. Working across curatorial and editorial boundaries, she is interested in the immateriality of language, in identity and memory as a form of production, and in Zapotec culture. Through exhibitions, books, and public art projects, her work investigates publishing as an articulation of social complexities, storytelling as a form of curating, the crossing between public and private spaces, and the politics of subtleness as a subversive methodology. From 2020 to 2021 she is curator-in-residence at Jan Van Eyck Academie.

The Brain Mixologist and A Tale of A Tub's Open Call for Exhibition Proposals are conceived in close collaboration with CBK Rotterdam. The exhibition is additionally supported by the Municipality of Rotterdam and the Mondriaan Fund.